BP: Tell me about the genesis of Xact Medical.
AC: It all started with a pediatric surgeon with a passion for innovation and robotics. Dr. Dan von Allmen, the chair of Pediatric Surgery at the Cincinnati Children’s Hospital, saw an urgent need for better vascular access in his pediatric surgical practice. Children’s veins are smaller, they’re harder to locate and require high-skilled clinicians to obtain vascular access. The problem is, hospitals don’t always have clinicians of the right skill level available when vascular access is needed for a line or a port. This is particularly true after hours, on weekends and in small hospitals.

Cincinnati Children’s Hospital has a research partnership with Ben Gurion University in Israel. While in Israel judging a competition, Dr. von Allmen met Hugo Guterman, an electrical and computer engineer and robotics expert with Ben Gurion University. While attending the competition , Dan shared his idea with Hugo and the two sketched it out over lunch. To their delight, the idea was funded during the conference based on the significant unmet in precision needle placement. Hugo and his research lab built the first prototype of what’s now called FIND—Fast Intelligent Needle Delivery—a robotic ultrasound transducer that automates ultrasound-guided needle placement in the body.

BP: How did you get involved?
AC: Cincinnati Children’s Hospital was excited about the FIND platform and reached out to me to explore commercialization opportunities. My advice to them was that a startup would be needed to ensure that the technology was fully developed and pediatric patients could benefit from it. Xact Medical was launched with the help of Cincy Tech, a public-private seed stage investor that provides a variety of resources and funding to life sciences and tech startups. In 2016, we (Cincinnati Children’s Cincytech, Ben Gurion, and me) co-founded Xact Medical and I was named CEO based on my 25 years of experience in medtech management and a shared passion for the FIND Platform and the mission to advance new technologies in the underserved pediatric patient population. 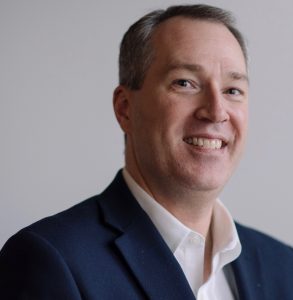 BP: Talk to me about central vascular access. Why build a company around it?
AC: Believe it or not, there are over five million central vascular access “sticks” performed each year, and millions more for peripheral vascular access. These aren’t simply needle sticks; central vascular access (usually in the jugular, femoral or subclavian veins or arteries) is done to deliver chemotherapy, feed a patient, introduce an instrument, or to place a catheter. It’s serious business and requires a highly skilled clinician, typically an interventional radiologist, surgeon, or anesthesiologist. When you factor in patients who are obese, have diabetes or other conditions, are very old or very young, the process can be very time-consuming, unpredictable, frustrating and painful.

Let me share an example. The hospital has a pediatric patient scheduled for surgery who needs central vascular access procedure performed before surgery can start. The patient is in the OR and the surgeon and the surgical team are waiting. The anesthesiologist is trying to get the A-line in (peripheral arterial catheter) and having trouble. Two hours later, he’s still working on it. Meanwhile, you’re tying up an operating room, surgeon and surgical team, and patient’s procedure is significantly prolonged, including time under anesthesia. The longer a person is under, the higher the risk, not to mention the expense, while pushing the next surgery cases for that room to another location or later in the day, all adding costs to the hospital system.

FIND uses the principles of man-machine teaming and advanced adaptive algorithms to automate the process and enhance clinician capabilities and control so they can precisely, quickly place a needle tip at any ultrasound-imaged point in the body. This is a platform technology with many clinical applications, so the unmet need was significant enough to form Xact Medical to commercialize the technology and ultimately position for an exit.

BP: Where are you in development of FIND?
AC: We’re moving quickly. The initial proof of concept is done and we now have a fully functional prototype we’re using for market research and large animal studies, with plans for a cadaver study. Once we get sterilization processes prepared, we’ll be ready for use on humans. We plan to begin clinical testing with healthy volunteers in Q3 and then move to FDA 510(k) clearance in Q4 FIND is a class 2 medical device and we don’t anticipate any issues; the FDA considers it safer to be stuck by a robot than a human.

BP: What barriers to adoption do you anticipate?
AC: Selling into hospitals. (Smiles.) Any new technology has to go through value analysis and capital request committees, which can draw out the sales cycle. In addition, behavior change is the other potential barrier as humans generally don’t like to change how they currently do things. We spent a lot of time making sure the FIND system fits seamlessly into current workflows. We also made FIND intuitive so most people are proficient in minutes. The best approach is to let physicians play with the system and then observe their reactions. They literally get giddy.

BP: What is Xact Medical’s commercialization pathway?
AC: Our plan is to launch nine beta sites in the first half of 2020. We’re in the process of lining up three children’s hospitals, three research hospitals and three general hospitals for the beta now. We’ll expand rapidly from there, launching in pediatrics first.

BP: Why should VisionTech Angels invest in Xact Medical?
AC: I’ll give you four reasons. First, the market need is rock solid; there are millions of central and peripheral vascular sticks each year that the FIND Platform can address. Second, with robotics and adaptive algorithms we can “de-skill” the workforce required to place needles as we increase safety and efficiency and reduce costs. Third, we have a leadership dream team with experts in all of our functional areas. Finally, we designed Xact Medical to be acquired and right now there are six companies that are solid exit prospects.