When I first spoke with Eric Shashoua, CEO and founder of Zive, he shared a mind-blowing number: there are 1.5 billion Gmail accounts. When Google launched the free email service in 2004, it was a simple application. But as Gmail’s popularity grew and Google continued to embellish it, it became increasingly frustrating for users in the browser. Where there’s a problem, there’s a solution. And where there’s a large market, there’s a motivated entrepreneur. Thus Eric and the Zive team set out to make Gmail user friendly again. The result is the hugely successful Kiwi for Gmail and now Kiwi for G Suite, applications that have grown rapidly across Google’s client base. What the company’s doing next will be even stronger. It’s a great story that Eric will share when he presents at next week’s VisionTech Angels Virtual Pitch Events, Tuesday and Thursday, June 23 and 25. Here’s a preview. 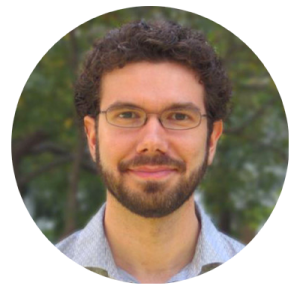 BP: Zive is not your first startup rodeo.
ES: No, I actually started my first company while a senior at Brown University. I got an idea from the technology used for sleep studies, thinking it had a consumer application. I raised $14 million in angel and VC funding and launched the Zeo Personal Sleep Coach in the U.S. and Europe. The experience taught me two important lessons. First, it cost us $5 million to create and bring the Zeo device to market, so I became very jealous of software companies that need a fraction of that amount to commercialize. Second, in terms of attractiveness to potential acquirers, Zeo was something of a square peg in a round hole. We weren’t entirely healthcare nor were we entirely a consumer electronic product, which made an acquisition difficult. I left Zeo to start an enterprise software company, Zive, which created Kiwi.

BP: Where did the name Kiwi come from?

ES: Another lesson learned from my previous company. We’re focused on enterprise software, but I believe that enterprise users like to be treated like consumers. Consumers like brands that are non-threatening, even cute, and easy to remember. Email is stressful for people. The name Kiwi, coupled with our colors and the brand illustrations we use in our applications, is childlike, small, and harmless, and subtly conveys the idea that we make Gmail and G Suite easier.

BP: Microsoft Office has been the 800-pound gorilla for years. Why are people and enterprises moving to Gmail and G Suite – and on to Kiwi?
ES: A couple of reasons. Google is cheaper than Microsoft Office, and millennials who grew up on Gmail are now entering management and prefer Google. However, Google’s biggest strength lies in it being very good at enabling people to collaborate. Microsoft’s taken years to catch up to Google, creating better collaboration features, Microsoft Teams, and even a SaaS email model for enterprise. Microsoft under Nadella is quite a different beast than under Ballmer, but Google’s pressing their advantages hard.

BP: Explain Kiwi and the problem you’re solving.
ES: First let me say as a millennial, I’ve always loved Gmail. But over the years, it went from a simple application to a much more complex tool that’s harder to use. In 2013, my co-founder Ryan Shetley and I began experimenting with ways to take Gmail out of the web browser and onto desktops to make it easier to use and enhance it with productivity features. We launched our first, basic version of Kiwi for Gmail on the Mac in 2015, followed by the Windows version. We gradually expanded our offering to Kiwi for G Suite, which is the enterprise version, which makes all of the Google apps like Docs, Sheets, Slides, and Calendar work together seamlessly in a full-featured desktop office productivity suite. We’ve also integrated plugins like Zoom, Webex, BlueJeans for video conferencing plus others—things people can’t live without these days. BP: Speaking of that, how has the pandemic affected Kiwi?
ES: It’s the direct opposite of what many companies are facing. Kiwi is built around remote work just like Zoom, Citrix and Slack. Throughout the economic lockdown and people working at home, we’ve experienced accelerated growth. Companies are moving to G Suite and we make it easier for their users. We are very well positioned in this space.

BP: What’s the response been to Kiwi?
ES: Users love it, and we’ve grown to have users across the map in large companies like Salesforce, Netflix, RedHat, and Priceline. Kiwi for Gmail is one of the highest rated apps on the Mac App Store with five stars based on thousands of ratings. It’s our Trojan horse for getting into enterprise. Users who buy Kiwi do so because it saves them a lot of time doing their work – it’s outside the browser, it works well, it’s easier to manage multiple Gmail accounts, and has a number of features like Cloud Search and Focus Filters that make it much easier to find the emails and documents users are trying to work on. We’ve also gotten great press from Forbes, Inc., The Wall Street Journal, eWeek, TechRadar, and others. People say, “This is something Google should have thought of.” That’s an exciting thing to hear, because we admire Google’s product managers for really sticking it to the status quo and forcing this industry to evolve.

BP: Tell me about your leadership team.
ES: We have a great team: my co-founder Ryan Shetley is our CTO with extensive experience in Chromium and browser frameworks; Eric Wanta, our CMO, has deep experience in B2B marketing; and Marc Elia, who’s taken other startups from launch to exit, heads up our business development. A massive development is that Christopher Fong just joined us as an advisor to Kiwi as well. Chris spent 8.5 years with Google, much of it in business development and strategic partnerships. He is also the founder of Xoogler.co, a community of 8,500 former Google employees who are focused on startups.

BP: What are you using this raise for?
ES: We’re growing, and we have a number of immediate opportunities for new Kiwi for G Suite functionality that will accelerate our growth. Unrelated to Google, we also have an entirely new product that we’re building which will be much larger than our Google business. We plan to expand our team to pursue both of these things in parallel, as well as invest in sales and marketing efforts. The coronavirus-driven shift to remote work has left Zive in a very strong financial position. Our round is nearly full, and VisionTech Angels is likely the last angel investment group we’ll meet with. 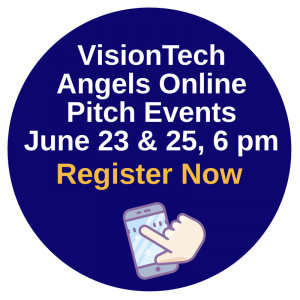 BP: Last question: Why should VisionTech Angels invest in Kiwi?
ES: There are two reasons, neither of which I can say much about publicly. Our successes over the past nine months have led to us building a strong relationship with Google. What’s coming beyond Kiwi for G Suite will multiply our potential acquirers, and be a lot of fun for us and our investors. We’re growing rapidly, we have good relationships within the industry, the market timing is with us, we’ve validated our exit thesis, and are well positioned to exit. We can elaborate more on this when we meet.

To learn more about Kiwi for G Suite, visit their website. VisionTech Angels’ June Virtual Pitch Events are open to our members and accredited investors interested in joining our group. To reserve your spot, email Ben Pidgeon at bpidgeon@visiontech-partners.com.