Insights from an Angel Investor: Patterns and Core Values

I technically started angel investing in 2012, but I wasn’t serious about investing until I became a managing partner of VisionTech Angels in late 2014. With roughly 120 accredited investors who review up to 15 screened investment opportunities each year and about 30 portfolio companies we’ve invested in, we have a very active, very engaged group. 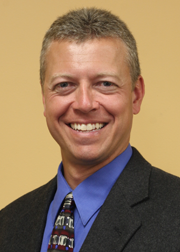 In my excitement to get in the game, my initial strategy was the shotgun approach. If the company made it through VisionTech’s fairly rigorous process, I figured it was good enough for me.

Let me back up for a minute. I began my professional career writing code for small companies in the early 1980s while a student at Ball State University. (I tell my kids that I was a nerd before nerds were cool.) There are two things it takes to be a coder: the ability to learn a new language (C++, Java, Python) and the ability to create and debug an algorithm. By the time I graduated in 1985, I had my own startup company with half a dozen customers who paid me to customize their off-the-shelf software.

Here’s what’s interesting. I realized at the ripe age of 20, I wasn’t creating one-off, custom solutions. What I was really doing while creating software products was pattern matching. Each company I worked with, while different, had similar needs that required similar solutions. Identifying the pattern helped me reach the right solution more efficiently without reinventing the wheel.

The Power of Patterns

It was a pivotal moment. Once I realized this, pattern matching showed up everywhere, from the gaps and shortcomings in standard software products to patterns in vertical and micro-vertical markets. I discovered common patterns in skill sets and how they could generate career options and salary increases. I found pattern matching in people who turned out to be my best friends. Like Malcolm Gladwell’s book Blink, our brains develop pattern matching algorithms way before we decide to do almost everything in life, and for me that included writing that first line of code.

Still, I didn’t explicitly understand my propensity for pattern matching. When I founded Single Source Systems in 1985, I was pattern matching as I interviewed potential employees, explored potential vendors/partners, and even as I participated in sales cycles with potential customers. And it worked. Over the years, I built a team of talented individuals who allowed our company to grow rapidly. Twice we landed on Inc. Magazine’s list of the 500 Fastest Growing Privately Held Companies in the United States.

It goes without saying, but nearly 100 percent of our best employees, partners, and customers shared our company’s core values. We didn’t set out to use our core values as a measuring stick, but consciously or unconsciously aligning core values worked.

I was further reminded of the power of pattern when I was fortunate enough to go through a failed acquisition in 2007. I say fortunate because this was a first for me. The negotiations and ultimate breakdown offered no pattern upon which I could match. Our team learned from that experience, and when a similar opportunity arose in 2011, we were better prepared to take advantage of it. A global enterprise software provider acquired Single Source Systems for a much better number than we would have gotten just four years earlier.

Isn’t it funny how a small amount of data points can give you so much information?

I was reflecting on this recently as I look back on the 37 different companies in which I have invested since December 2014. How would I tell what kind of companies I would like/love/hate when I looked back over the years? You guessed it. It’s all about pattern matching. But unlike the time when I was six and warned not to touch the hot iron in my parent’s workroom only to go back to touch it when no one was watching (my dad may have left it hot on purpose as I blistered my finger really well!), you don’t get immediate feedback on what to pattern match when you are in angel/seed stage investing. (By the way, the phrase, “I bet you won’t do that again” sticks with me nearly 50 years later.)

So what have I learned over the last five years?

Five years is long enough for me to know there are certain types of companies and/or leadership teams that I don’t mix well with, but more on that in a minute.

Early in my career, I was lucky enough to go through the Entrepreneurship Masters Program created by Inc. Magazine, MIT and EO. The facilitator was a guy named Verne Harnish, who had a book called Mastering the Rockefeller Habits. The program taught me a great process for managing companies, especially fast growth companies.

One of the basic tenets is to identify your company’s core values, then honestly measure everyone in the company based on these core values. If they share your core values, you find the right seat on the bus for that person. If they don’t, they likely need to get off your bus and find a bus where they fit.

I got into angel investing with the thought that in addition to providing startup capital, I’d have a seat on the bus of the companies I invested in as a coach/mentor. Fortunately, I’ve found that many companies want me to help based on my experience—after all, I have made many, many mistakes as well as achieved great success. I do it because I love product management, problem solving and providing stories of experiences to management teams. Not so they do what I say, but so they have more data points to do their own pattern matching. So far I have participated in more than 10 board of director positions.

Not every startup has had a seat on the bus for me. Some don’t want my opinion, advice or involvement; they just want my money. And I appreciate that data point.

What have pattern matching and core values taught me and how has it influenced my investments?

The short answer is a lot.

I’ve learned to recognize and appreciate pattern matching in the companies I’m considering for investment. If the patterns are positive, I’m much more likely to invest. If the patterns I value are not there, forget about it!

A company’s patterns and core values influence my investment decisions. This type of investing isn’t the same as just buying stock in Apple, Amazon or Walmart (although it could be). My approach requires real person-to-person work with a lot of interaction. Each founder, no matter how much they think they know, will need help many times during their process. Even if they don’t think they need help, mine or someone else’s, they probably can’t argue that help would make things easier and/or faster. Founders need to understand that investors are not working against them, but with them. This should be clear in their core values. This is how they earn my support, financial and otherwise.