VisionTech Angels is mixing up our blog a bit, inviting sponsor Gretchen Bowker, CEO of Pearl Pathways, to preview pitch company SpeechVive. Pearl Pathways is a comprehensive life science regulatory, quality compliance, and clinical services consulting company providing strategic guidance and project-based support for emerging to mid-size biopharmaceutical, medical device, and diagnostic companies. Given her background and Pearl Pathways’ experience working with companies like SpeechVive, it is fitting to have Gretchen introduce Steve Mogensen, CEO of SpeechVive and the company’s medical device for those with Parkinson’s disease. Steve will present SpeechVive during VisionTech Angels’ upcoming Pitch Week, October 21-24. Enjoy their discussion! 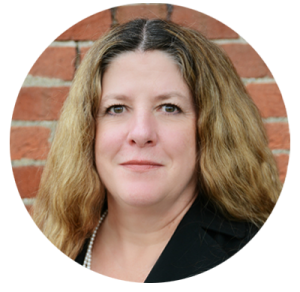 GB: VisionTech Angels is excited to host SpeechVive, a startup based on Purdue technology, during October Pitch Week. What’s your story?

SM: SpeechVive was founded in 2011 based on the research of Purdue University professor of audiology and speech sciences, Jessica Huber, PhD. Our focus is enabling people with Parkinson’s disease to speak louder, slower, and more clearly through the use of a device that resembles a Bluetooth device. The SpeechVive device works by playing background noise in the patient’s ear when it detects the patient speaking. The noise serves as a cue that causes the patient to reflexively speak louder through the “Lombard Effect,” a well-known phenomenon where we naturally speak louder when there’s background noise. What’s great about the device is it does not require training to use, there is no risk of harm to the wearer, and it works! SpeechVive completed a three-and-a-half year clinical trial where 75 percent of those using the device received immediate benefit. Another 15 percent experienced a benefit after wearing it for eight weeks. Our product is in the market, generating revenue and we’re now fundraising to drive sales. GB: Does SpeechVive meet a clinical or quality of life need?

SM: Both. SpeechVive is medically necessary and a quality of life device. Parkinson’s is a neurodegenerative disease. As it progresses, patients often experience changes in speech or have difficulty speaking. Their voice becomes softer, whispery or hoarse. They also slur words and talk slowly. The inability to communicate is a huge issue for patients and their loved ones. The traditional way to treat this is speech therapy, which is effective in only about 10 percent of cases. SpeechVive allows patients to benefit from treatment without special training or effort. The device also collects data about device usage to support achieving therapeutic goals. 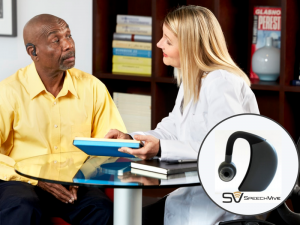 GB: The number of Americans with Parkinson’s reported varies from 930,000 to as high as 1.5 million. What’s the actual market size?

GB: Does the SpeechVive device require a prescription?

SM: Ideally, Medicare and private insurance will cover the SpeechVive device. In which case, a neurologist will prescribe the device and submit a letter of medical necessity to the insurance company. Customers can choose to pay for their device out of pocket.

GB: What are the barriers to adoption?

SM: Currently, it’s reimbursement. The average age of our customers is 68. Most are retired and on a fixed income, so a $2,495 device is a significant purchase. Gaining Medicare reimbursement will significantly open up the market opportunity for SpeechVive and remove the financial burden from people who will benefit from our device. 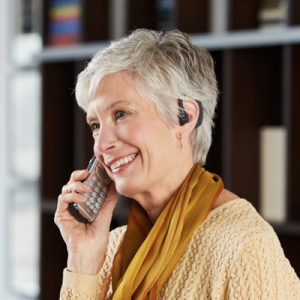 SM: Class 1 devices pose little to no risk to patients. Five years ago, we notified the FDA that we were going to market with SpeechVive as a Class I exempt device. This was due to the low risk of harming patients using our device. The exempt status, which is the route we took, is a self-declaration of Class I. The FDA lets you know if they object. Otherwise, you’re safe to market said product.

GB: What kind of IP protection do you have?

SM: SpeechVive is protected by two U.S. patents, which cover the device and method claims.

GB: How much are you trying to raise and how will the funds be used?

SM: We’re raising a $1 million bridge note, leading to a larger Series A raise of about $4 million. We plan to use the funds to drive the Medicare and insurance process by securing a specific HCPCS code for SpeechVive for reimbursement, hiring additional sales people, and creating infrastructure support to manage the Medicare billing process in-house.

GB: What makes SpeechVive an investable company for VisionTech Angels?

SM: There are two parts to this answer. SpeechVive represents a unique opportunity to make a difference in the lives of people with Parkinson’s who have severe difficulty communicating; 90 percent who use SpeechVive benefit. The ability to speak again is a gift to individuals and their loved ones.

From a practical perspective, we have eliminated most of the risks inherent in a medical device startup. SpeechVive is in the market and generating revenue. We’ve penetrated the VA market; they cover our device 100 percent. We started filing claims using a miscellaneous code in February, have received reimbursement and have received paid claims from both Medicare and commercial insurance companies. Our team has demonstrated 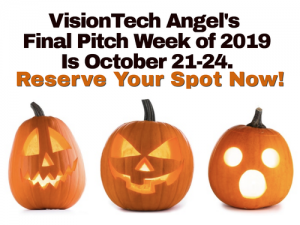 the ability to eliminate risks while focusing on the larger market opportunity, which is Medicare reimbursement. We also have a realistic exit on the horizon with one of the large, deep brain stimulation companies like Abbott/St. Jude, Medtronic or Boston Scientific, which will create significant value for all shareholders.

GB: Thanks for sharing your story, Steve! See you later this month.

To learn more about SpeechVive, visit their website. To RSVP for VisionTech Angels’ October Pitch Week, visit our events calendar.