As VisionTech Angels know, I hate to turn away interesting investment opportunities. That’s why our selection committee reviews some 400 startups a year; we’re hoping for a unicorn. So when Brickell Biotech contacted me earlier this week to see if they could participate in VisionTech’s June Pitch Week, I agreed to take a look. 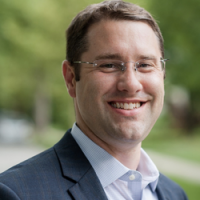 It didn’t take long for me to invite the Boulder, Colorado-based company to come on the road with me for Pitch Week, June 24-27, and pitch to VisionTech Angels’ chapters in Lafayette, Dayton, OH; Fort Wayne, Bloomington, and Indianapolis.

Here’s what caught my eye about Brickell:

The market for sofpironium bromide is large. There are many individuals living with hyperhidrosis. Roughly 15.3 million in the United States alone suffer from hyperhidrosis. This condition is chronic and has the tendency to negatively impact virtually all important aspects of life.

A competitor is paving the way for reimbursement in the United States. Dermira, a public company valued at $550 million, recently launched the first topical prescription treatment for hyperhidrosis, Qbrexza®, approved by the FDA. Brickell’s investigational product is being developed to offer potentially unique differentiating features that the company believes could be best-in-class.

Brickell just announced a reverse merger with Vical Inc. (Nasdaq:VICL) and, in combination, is raising $25 million from a prominent life sciences investment firm to fund the pivotal U.S. registration trials that Brickell intends to start in Q4 2019. Brickell will merge with a wholly owned subsidiary of Vical in an all-stock transaction. When finalized, the combined company will operate under the name, Brickell Biotech, Inc., and trade on the Nasdaq under a new ticker symbol to be determined. Brickell will own 60 percent of the new company. Read the release here>

Here’s the deal for VisionTech Angels investors: Brickell is raising $10 million in a convertible debt offering to get through the closing of the reverse merger. Just under half is already subscribed from current investors and the leadership team’s own personal investments, with an additional $1 million in commitments from two venture capital firms. The reverse merger is scheduled to close prior to the end of Q3 2019. The new company is estimated to have a post-merger valuation of approximately $90 million. Funds from the merger will get Brickell through completion of a Phase 3 clinical trial of the lead pipeline asset, sofpironium bromide, in the United States. We now how two presenting companies for June Pitch Week, Xact Medical and Brickell Biotech and I’m excited by them both. If you have not RSVP’d yet, I encourage you to do so now. Find details here.