VisionTech Angels’ Executive Director Ben Pidgeon recently sat down with Ian Hamilton, founder and CEO of Atlas Energy Systems, to learn more about the company that’s repurposing technology originally developed in the 1960s by NASA for space applications into an exciting new solution for the oil and gas, nuclear and solar energy industries. Ian, a Purdue graduate with a Masters in Nuclear Engineering, will be presenting Atlas Energy during VisionTech’s upcoming Pitch Week, April 15-18. Read on!

BP: The story behind Atlas Energy Systems’ technology is unique. Tell me about it.
IH: Our thermionic energy converter (TEC) was inspired by technology previously developed in the 1960’s by NASA for space nuclear power. When the Soviet Union fell in the 1980s, NASA cancelled its space nuclear power programs. Russia was our competitor and with the end of the Cold Way, there was no reason to pursue it further despite the fact the technology was proven to work in space. So patents expired. 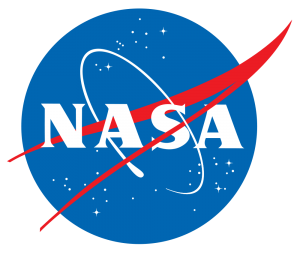 BP: How does your technology work – in layman’s terms?
IH: It’s all in our tagline: Heat to Electricity, No Moving Parts. What we’re doing is directly converting heat from any source you can think of, whether it’s sunlight, nuclear or the waste gas from oil wells, into electricity. If you have a source of high intensity heat, we can generate electricity with a convertor that has no moving parts. Digging deeper, Atlas Energy Systems is leveraging modern materials science, new plasma physics simulations, and advanced manufacturing techniques to develop a thermionic energy converter for the 21st century. Our novel device designs incorporate proprietary electrode materials and coatings as well as an electrode form factor to increase converter performance and reduce operating temperatures. Bringing this new capability to the technology is the necessary step in taking thermionic energy converters from a lab technology to a commercialized product.

BP: What’s the driver behind the technology?
IH: The short answer is that it’s a simple way to generate electricity. Also, the technology is proven; we’re not breaking new ground, we’re finding new applications. What makes it attractive is the simplicity of the process and the converter itself. The device has no moving parts so there’s nothing to break. It’s compact and saves space. We were originally thinking of compact power source for nuclear subs, but there are many other applications.

BP: You were targeting the nuclear industry with batteries made from nuclear waste, but now you’re focused on the oil and gas industry. How did that come about?
IH: We initially were working on nuclear batteries for NASA and the U.S. Navy and its nuclear subs. We got a call from far left field—a company in the oil and gas industry. They were interested in replacing current three-decades old technology used in oil and gas sensors combustion fuel systems with our thermal electric converters. So it seems oil and gas chose us.

BP: What benefits do your thermionic energy converters offer the oil and gas industry?
IH: Oil and gas production sites such as wells and offshore rigs use flare stacks, a gas combustion device, to burn off unusable, waste gas.  The main application of our thermionic energy converters would be to replace the old combustion device with ours and convert the flair gas into electricity. The advantages are significant. Current systems are inefficient and expensive. Our converters turn the waste gas into electricity that can be used at the well site or on offshore rigs. Our converters have no moving parts and are proven to survive in the harshest environment possible, space, so maintenance is minimal; always a good thing in remote locations. Repurposing the waste reduces CO2 emissions and methane, which is good for the environment. Overall, it’s a smart solution for the industry.

BP: What type of patent protection do you have?
IH: Original technology designs were either top secret or patent protected. What’s interesting is most of the original patents were for space and nuclear applications and expired in the 1980s when the government lost interest. Now anyone can access the old patents and use the information, which we have done. Atlas Energy Systems now has a patent pending on our plasma thermionic energy converter and will file additional patents on uses and applications. 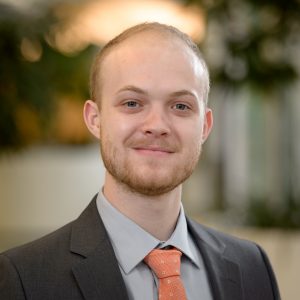 BP: You have the unique honor of being included on Forbes’ 2018 “30 Under 30” list in 2018  that recognizes the brashest entrepreneurs across the United States. You were all of 25 years old when you won. That’s impressive.
IH: It was exciting and also an honor as I was nominated by two different people. I’ve always been interested in entrepreneurship and, in fact, founded Atlas Energy Systems during my sophomore year at Purdue with three classmates. After earning my masters in Nuclear Engineering, I did a fellowship at Argonne National Labs Chain Reaction Lab in part because of their emphasis on entrepreneurship and how to translate energy tech into the marketplace. I’ve always thought it’s one thing to do research and scientific discovery, but if you can’t turn commercialize your technology and deliver a product the market cares about, it goes to waste.

BP: Why should VisionTech Angels invest in Atlas Energy Systems? 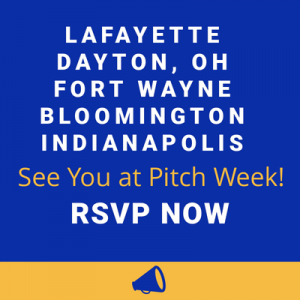 IH: Although we’re an early stage energy startup, we’re positioned as a hard tech scalable manufacturing company capable of providing thousands of units to companies. And the oil and gas industry is a great launch pad for us with interest from customers and a potential acquirer that I will discuss in my pitch. We currently have a demonstration unit and money from VisionTech Angels would fund our initial units for immediate sales and support our go to market strategy for oil and gas.